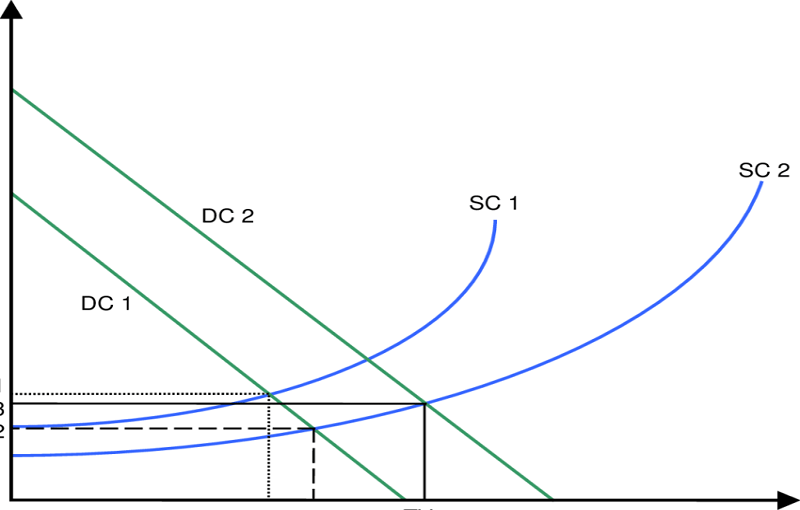 1: Explain tow factors that might give rise to economics of scale for a firm. 2: Explain why some firms might choose the foal of profit maximization while others might choose to adopt satisficing behaviour.

3: Explain why firms may not always pursue the goal of profit maximization.

Chapter 7: The Theory of the Firm II: Market Structures
4: Explain why prices tend to be relatively rigid in oligopolistic markets.
5: Discuss whether an oligopolistic firm should collude rather than compete.
6: Discuss whether price will always be lower and output will always be higher in perfect completion compared to monopoly.
7: Explain why a loss-making firm in perfect competition would shut down in the long run.
8: Discuss the view that perfect competition is a more desirable market structure than monopoly.
9: In monopoly, economic (abnormal) profit can be earned in both the short run and the long run. Examine the role of barriers to entry in earning economic profit.
10: Explain the condition necessary for firm in oligopolistic markets to engage in price discrimination.
11: Discuss whether producers in oligopolistic markets should compete or collude.
12: Explain why a firm in monopolistic competition will make normal profit in the long run.
13: Evaluate the view that monopolistic competition is a more efficient market structure than monopoly.
14: Explain why prices tend to be stable in oligopolistic markets.
15: Oligopolists often possess too much monopoly power. Evaluate whether governments. Should intervene in oligopolistic markets.
16: Evaluate the view that monopolies, despite their inefficiencies, may often be considered desirable.
17: Explain why firms might wish to collude.
18: Using diagrams, explain why a perfectly competitive firm can make economic (abnormal) profit only in short run.
19: Discuss the consequences of a perfectly competitive industry becoming a monopoly.
20: Using a diagram, explain why firms in monopolistic competition are neither allocatively nor productively efficient.
21: Examine the view that the market for food is more beneficial to consumers if dominated by a monopoly retailer (supermarket) rather than by a large number of small shops operating under monopolistic competition.
22: Explain how welfare loss may result from monopoly power.
23: Discuss the effectiveness of government policies (legislation and regulation) to reduce monopoly power.
24: Distinguish between decreasing returns to scale and the law of diminishing returns.
25: Using diagrams compare and contrast the market structure of monopoly with that of perfect competition.
26: Explain why a monopoly can earn supernormal (abnormal) profits in the long run.
27: Evaluate the reasons why a government might allow a competitor into an industry that was previously a monopoly.
28: Explain the economic factors which may encourage the formation of a monopoly.
29: Evaluate the view that natural monopoly is a more desirable market structure than perfect competition.